Hello everyone!!!  I'm here tonight to share with you a little make that I did for my daughter!  She totally totally loooove Twilight.  And so I wanted to make something special for her door for Halloween and I think I succeeded.  I'm not sure if my boys will read this and respect it... but I did try lol

I  used a great new stamp set that I got from Visible Images that's called Edward is immortal.  I liked their stamps with sploshes and crackes... I took the opportunity of an order to purchase that one as well.

I wasn't sure if I would like to stamp because it was clear acrylic stamps and well... some of those don't come up as sharp as the rubber.  But this was totally fabulous!!!  Loooove how it came out perfect the 1st time around.  I will definitively be purchasing some more as soon as my bank account allows it lol

So back to my creation.  I decided that I would do this in the red and black because it was appropriate for a vampire, it also fit the letters that I wanted to use from Immortal love - DCWV.  The only problem is I ran out of some of those letters... so I had to be original and mix some black ones!  I also wanted to play over at Punk you girl and the challenge is red and black so this was going to fit the bill!  My daughter looooove it! ;o)  That's the best reward.  I just hope her cat Hendrix doesn't destroy it.  He was already scratching it up this morning... 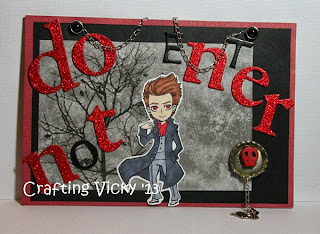 So the letters as mentionned are mostly from DCWV - Immortal love and I also use the DP from that set (can you tell I'm a huge fan of Twilight?!?).  I made my very own little recycling on this.  I used a bottle beer cap and stuck a skull in it and then used some embossing powder (after hearing the trick from Nikki) and I had already made the hole and stuck a chain and a charm trough it.... I made a big mess.... it fell through the hole as I was heating it up... and also flew everywhere initially... so I think I will do this with glue next time... I read about epoxy... but I didn't  have any.  Live and learn right?!?  I added a chain and some brads to the top to get it to hook up to the door.

Here's a closer look at Edward colored with my copics.  I made his eyes red... he needs to go and feed! 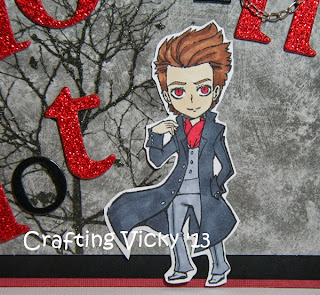 Here's the look when it's on the door! 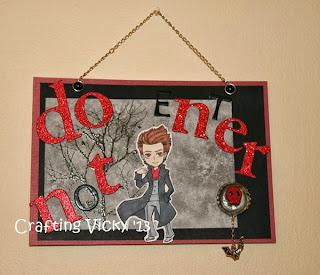 And here's the little modified bottle cap ;o)  I love that recycling idea!!! 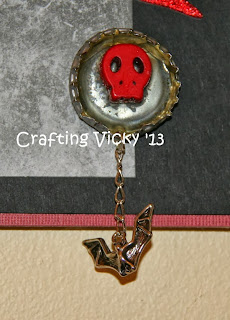 I'm entering this in the following challenges:
That's it for me!  Hope you have liked my creation.  Looking forward to your comments!!!  Thank you.

Posted by Crafting Vicky at 6:24 PM

My sunny Side up blog 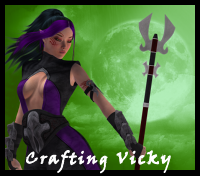 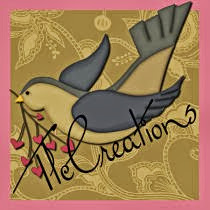 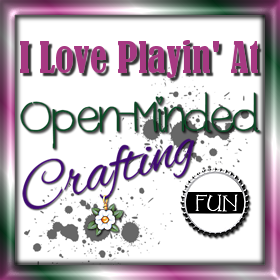